The Conquest of Mexico (DVD) 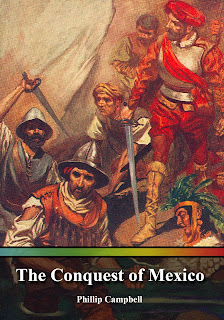 The Conquest of Mexico DVD is an exciting overview of the daring exploits of Spanish conquistador Hernando Cortez, whose 1519 invasion of the Aztec Empire led to the conquest and Christianization of Mexico. In this video, Phillip Campbell takes us on a trip to 16th century Mexico, following in the footsteps of Cortez and his tiny band of dedicated followers in their struggle against the brutal Aztecs.

Examining how a combination of military and political factors (and a little bit of luck) aided the little band of Spaniards in defeating the vastly larger forces of the Aztec Empire, this video delves into the colorful history behind Mexico's incorporation into the Catholic fold.

Featuring live action sequences, readings from primary sources, and colorful imagery of lush central American landscapes, this video brings history to life in a vivid and engaging format. Educational enough for adults and older children to enjoy, but colorful and comedic enough for middle schoolers, The Conquest of Mexico is the perfect supplemental resource for families studying the history of Catholicism in the New World.

Note: Due to the in-depth discussion and depiction of Aztec human sacrifice, this video may not be suitable for children under 12.

Check out the DVD trailer below!

"I’ve been a fan of Mr. Campbell’s work for years because of his passion for the subject matter and his use of primary sources...Intertwined in his storytelling are readings from such sources as well as some live action and colorful images depicting the landscape and people involved. It’s an energetic presentation that will capture even your most reluctant history student." ~Mary Ellen Barrett

"Mr. Campbell has an engaging style that will captivate your children using humor and facts that will stick with them long after they finish the DVD."~Meredith Henning
Home
View web version